Doing something a little different this week and blogging about several women historians who have birthdays this week.

Iris Shun-Ru Chang (March 28, 1968 – November 9, 2004) was an American author and journalist, best known for her 1997 book The Rape of Nanking: The Forgotten Holocaust of World War II about the Naking massacre. Her first book was Thread of the Silkworm, published in 1995), a story of Tsien Hsue-she, a Chinese-born physicist forced to leave the American space program and deported back to China during the McCarthy era. After returning to China, he founded its international missile program.

The Rape of Nanking was published sixty years after the massacre, the first full-length nonfiction book, and the most detailed Western account of the atrocities committed by Japanese soldiers after they invaded in December 1937. Within two months, more than 300,000 civilians were murdered and 800,000 women were raped.

Chang was inspired to write the book when she attended a conference in 1994 sponsored by the Global Alliance for Preserving the History of World War II in Asia and saw photographs of the atrocities at Nanking. Later, she met a group of Chinese-American activists when she moved to California with her husband.

Her maternal grandparents escaped mere weeks before the Japanese invasion. Chang grew up hearing gruesome stories about Nanking, but could not find any books on the subject in her school library. She later learned that there was very little printed material on the subject in China, Japan, or the West. She wrote The Rape of Naking, “out of a sense of rage. I didn’t really care if I made a cent from it. It was important to me that the world knew what happened in Nanking back in 1937.”

She spent two years researching, including going to China to look through archives and interview survivors. She made several discoveries, including diaries of two Westerners who saved hundreds of Chinese civilians, whom she dubbed the “Oskar Schindler of Nanking” and the “Anne Frank of Nanking.” The first was John Rabe, a German Nazi party member. He established an International Safety Zone before the Japanese soldiers arrived from Shanghai. The second was a Minnie Vautrin, an Illinois woman, a missionary and teacher at the Nanking Women’s College that became part of the Safety Zone. She saved hundreds of women and children there, but suffered a breakdown believing that she had failed because she had not saved more. In 1940 she returned home to Illinois and committed suicide a year later.

In her next book, The Chinese in America: A Narrative History published in 2003, the year before she died, Chang chronicled the 150-year history of Chinese immigration. At her death, she was working on a book members of the U.S. tank battalions who were taken prisoner by the Japanese and forced into the Bataan Death march. After the American general surrendered to the Japanese on April 9, 1942, the Japanese forced the troops to walk sixty-five mines through the jungle, during which around 8,000 died. Survivors spent the rest of the war in prison camps or as slave laborers. Though it was the largest U.S. Army surrender, the story was mostly forgotten after the war. One of the men she interviewed was Ed Martel, one of the last survivors, whom she “cross-examined…like a district attorney for five solid hours.”

Chang committed suicide while still researching her book on Bataan.

In April 2017, a memorial hall honoring Chang opened in her ancestral home, Huaian, Jiangsu province. Each of the six parts of the museum depict an aspect of Chang’s life. It is the second memorial to commemorate the Nanking massacre, after the The Memorial Hall of the Victims in Nanjing Massacre was built in 1985.

Joan Kelly (March 29, 1928 – August 15, 1982) was a leading Italian Renaissance historian who challenged dominant notions of women’s roles during that time. She took night courses at St. John’s University in Queens, New York, graduating with her BA summa cum laude in 1953. She also was the only woman in New York to receive a Woodrow Wilson Fellowship that year. She received an M.A. (1954) and Ph.D. (1963) in history from Columbia University, where her dissertation Professor Garret Mattingley described her dissertation as, “the best Columbia dissertation he had ever read.” It became the basis of her first book, Leon Battista Alberti: Universal Man of the Early Renaissance.

She spent the next few years teaching, including at Sarah Lawrence College where she became interested in women of the Renaissance and feminist theories of history and social change. She worked with Gerda Lerner to develop the first M.A. program in women’s history there and was acting director of the women’s studies program at City College of New York (CCNY) from 1976-1977. She defined herself as a socialist feminist and developed a Marxist-feminist theory of history.

Kelly wrote “Did Women Have A Renaissance?,” a ground-breaking area of scholarship (she concluded that they did not) and co-authored a Households and Kin: Families in Flux, a high school textbook. Her essay collection, “Women, History and Theory” was published posthumously.

Additionally, she served on the Renaissance Society of America executive board, was chair of the Committee of Women Historians of the American Historical Association, and was on the board of the Feminist Press.

In 1874, two years after Kelly died, the American Historical Association created the Joan Kelly Memorial Prize, “for the book in women’s history and/or feminist theory that best reflects the high intellectual and scholarly ideals exemplified by the life and work of Joan Kelly” which addresses “a recognition of the important role of sex and gender in the historical process. The inter-relationship between women and the historical process should be addressed.” 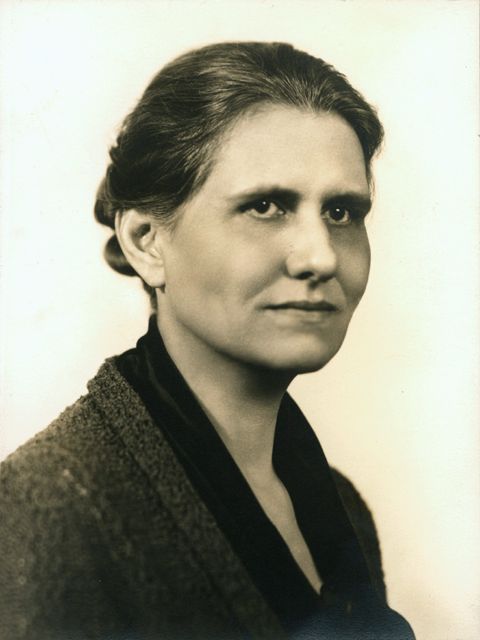 Muriel Wright (March 31, 1889-February 27, 1975), a member of the Choctaw Nation, was a teacher, historian, and editor. Her mother Ida Belle Richards was a Presbyterian missionary teacher who arrived in 1887, and her father, Eliphalet Nott “E. N.”) Wright, was a Choctaw and a graduate of Union College and Albany Medical College in New York. He returned to the Choctaw Nation in 1895 to establish a private practice and serve as company physician for the Missouri-Pacific Coal Mines at Lehigh.

Wright could trace her white ancestry on both sides of her family to the Mayflower (1620) and the Anne (1623). On her mother’s side she is descended from Frances Sprangue, who arrived on the Anne. Her paternal grandmother Harriet Newell Mitchell Wright, who descended from two Mayflower passengers William Brewster and Edward Doty was a Presbyterian missionary teacher who moved from Dayton, Ohio to the Choctaw Nation. In 1857, she married Rev. Allen Wright, principal chief of the Choctaw Nation from 1866 to 1870. It was he who suggested that the territory be named “Oklahoma” which means “red people.” in 1866. Wright was a member of several organizations, including the Daughters of the American Revolution and the Colonial Dames.

Wright attended Wheaton Seminary in Norton, Massachusetts and completed a teacher education course at East Central Normal School in Ada in 1912, but did not receive a degree. From 1912 to the mid-1920s, Wright worked at several schools in southeastern Oklahoma as principal and English and history instructor. From 1916-7, she studied English and history at Barnard College.

Wright’s interest in Choctaw history began in 1914 when she met journalist and Oklahoma Historical Society board member Joseph B. Thoburn. He encouraged her to study southeastern Oklahoma’s geography, map the Choctaw Nation, and conducted field work almost annually from 1922-9. Thoburn and Wright collaborated on a four-volume work, Oklahoma: A History of the State and Its People (1929). She also wrote three Oklahoma history textbooks used in the public schools: The Story of Oklahoma (1929), Our Oklahoma (1939), and The Oklahoma History (1955).

After joining the Oklahoma Historical Society in 1922, Wright wrote articles for the The Chronicles of Oklahoma from 1923 to 1971 on topics such as Indian and military history, biographies of notable women, and historic preservation. From 1943 to 1954, she was the journal’s editor in all but name, which she officially became in 1955. Wright produced more than one hundred issues, including over sixty-six of her articles.

Wright’s A Guide to the Indian Tribes of Oklahoma (1951), which surveys the sixty-seven tribes then in Oklahoma, including their location, membership, history, government, contemporary life and culture, removal experiences and adaptation to change, “remains a standard reference for studying the state’s American Indian people.”

In the 1950s, Wright and her historical society colleagues launched a program to create historical markers to raise awareness of the state’s history. Wright conducted most of the research for the inscriptions and created a list of sites which went from the initial 512 to 557 when the final list was published in the The Chronicles of Oklahoma in 1958. That same year, Wright and Oklahoma Historic Sites Committee chair George H. Shirk compiled and edited Mark of Heritage: Oklahoma Historical Markers, focusing on 131 sites. In 1966, Wright collaborated with LeRoy H. Fischer on “Civil War Sites in Oklahoma,” identifying and describing the location and historical significance of the sites. In addition, she also conducted OHS–sponsored public tours of historic sites.

Wright received numerous honors including listing in the Oklahoma Hall of Fame in 1940, the University of Oklahoma’s Distinguished Service Award citation in 1948, the Oklahoma City Business and Professional Woman of the Year Award in 1950, Oklahoma City University’s honorary doctorate of humanities degree in 1964, and the National American Indian Women’s Association Award in 1971. After retiring in 1973, Wright continued her research projects until she died in 1975. She was one of the first four inductees of the when the Oklahoma Historical Society launched the Oklahoma Historians Hall of Fame in 1993.