Asian American and Pacific Islander Heritage Month was originally a week long, when President Jimmy Carter signed the proclamation in 1978. The week beginning on May 4 was chosen so that it would include May 7 and May 10. The first date was when Nakahama Manjiro1 (John Mung) arriving in New Bedford harbor in Massachusetts in 1843, aboard the John Howland as the first documented Japanese immigrant to the United States. He eventually returned to Japan and was instrumental in the negotiations between Commodore Perry and the Japanese government. Manjiro’s story is still relatively unknown but there is now a ballet. The second date marks when the transcontinental railroad was completed in 1869. Most of those who worked on it were Chinese immigrants. In 1990, the week-long celebration turned into a month.

I learned more about Japanese-American history in two semesters of college and two years of graduate school than I had all through high school, though mostly through my own reading and research. As a child, I read Yoshiko Uchida’s Journey to Topaz and Journey Home without realising that these fictional stories were based on true events until I read her autobiography Invisible Thread some time later. Invisible Thread would be my first exposure to my alma mater, Smith College, which Uchida attended for her Masters program while her parents were incarcerated at Topaz, in Utah.

During my sophomore year of college, I took a course called “Narratives of Interment” where we studied poetry, autobiographies, novels and other literature written by Japanese-Americans about their and their families experiences in the concentration camps in the United States during World War II. While most writings were autobiographical, some, such as John Okada’s No-No Boy, were fictional, but based on historical events. I chose my final paper topic on multi-racial Japanese-American families after reading Jeanne Wakatsuki-Houston’s Farewell to Manzanar about her family’s experiences at the Manzanar War Relocation Center in California. One of the couples there, was a Japanese man and his black wife. I had thought interracial marriage was illegal and decided to do some research. I found that, it was only illegal in some states and that many couples circumvented the law by marrying in other states. I found that the government was meticulous in finding anyone who was Japanese, including those with 1/16th (one great-grandparent) Japanese ancestry. Unfortunately, due to time constraints, my research was only superficial and it would be several years before I returned to the topic.

It was also while discussing Farewell to Manzanar that one of my classmates asked if we could visit the site. Our professor promised to look into it. We left class, doubtful that such a thing would happen, only to find out that the American Studies department had funds left over and was going to pay our way. As it was nearing the end of the semester, only about half of my classmates could attend. We arrived in LA at 8 PM PST, 11 PM EST and woke up at 5 AM the next day. But it was all worth it when we realised that we had inadvertently come on the date of the annual pilgrimage and would be riding the bus with former inmates, who shared their stories with us on the long ride. 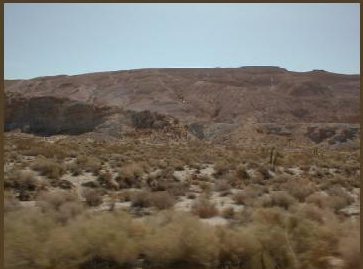 That year’s ceremony was dedicated to Sue Kunitomi Embrey, who had worked to make Manzanar a National Historic Site and had died the previous year. It was a sobering experience for me, as a bi-racial Japanese-American, knowing that had I been born sixty years earlier on the east coast, I would have been incarcerated here as well. But unlike most, my family would have been allowed to leave camp and return to the east coast. Despite the solemnity, it felt like a family reunion, with everyone catching up on the news. I was amazed at how eager everyone was to talk to us after they learned who we were and why we were here. It was an extraordinary, moving experience. I had hoped to return, this year, after hearing about the restoration and to see how it had changed since I had been there. But I was unable to attend and hope to do so next year, for the 50th anniversary of the pilgrimage.

In my senior seminar, I used the Sophia Smith archives to write a paper about Japanese and Japanese-American Smith College students. During my research, I discovered that Ninomiya Tei who attended Smith from 1906 to 1910, was not the first Asian-American student to have attended Smith. That distinction went to Inokuchi Akuri, who attended Smith’s graduate school for a year to study physiology and sports science, before transferring to the Boston Normal School of Gymnastics. Inokuchi eventually returned to Japan to teach at her alma mater, the Tokyo Women’s Higher Normal School and later taught dance and physical education to Emperor Meiji and his family. My research paper ended World War II, during which time, six Japanese and Japanese-American students attended Smith College as undergraduate and graduate students, several of whom had families in the camps.

It was not until graduate school that I embarked on a broader study of Asian-American history. In addition to my courses on American imperialism and U.S.-Japan relations, I read widely about modern Asian-American and Japanese-American history, from Chinese-American immigration to diplomatic and cultural relations between the United States and Japan. I also learned about Nakahama Manjiro and Commodore James Biddle, who arrived in Japan in June, 1846, in the last years of Japan’s two hundred year seclusion. Biddle wanted to negotiate a treaty with Japan, but was refused. It would not be until 1854, a year after Commodore Perry first arrived that the U.S. and Japan would negotiated their first treaty. Commodore Biddle was a distant relation to Francis Biddle, U.S. Attorney General during World War II, who initially opposed but later authorized the Japanese-American incarceration. He would also serve as a judge during the postwar Nuremberg trials.

It was during my U.S.-Japan relations course that I returned to studying multi-racial Japanese-Americans. I wrote my final paper on Japanese women who married black GIs during the American Occupation (1945-1952), which has only recently begun to be studied. I was surprised by the amount of racism that the couples faced from all sides, Japanese, blacks, whites, and Japanese-Americans.

That same semester, I took Writing History and History Communication, in which I continued my study of interracial Japanese and American couples, but also expanded it to include all interracial relationships. In History Communication, we explored various means of bringing history to the public, from podcasts to infographics and other visual and audio. I used graphics to show the history of anti-miscegenation laws, based on Peggy Pascoe’s What Comes Naturally: Miscegenation Law and the Making of Race in America to non-academic audiences. I expanded on Pascoe’s conclusion about a “color-blind” society in the wake of Loving v. Virginia, which overturned bans on interracial marriage, citing everything from movies to current events in the on-going preoccupation with and negative attitudes toward interracial couples.

In Writing History, we learned how to craft a narrative, write character studies and set a scene. Initially, I wanted to write a book proposal about multi-racial Japanese-Americans who had been incarcerated in the Manzanar Children’s Village orphanage and the Manzanar concentration camp during World War II, but found the source material lacking. The history of the Children’s Village turned out to be far more complicated than I had initially thought, and in the end, I wrote a book proposal about the Manzanar Children’s Village. My trip to Manzanar ten years earlier helped both frame my narrative and imagine, however superficially, the hardships that Japanese-Americans had faced during that time. I also using camp newspapers, interviews and documentaries to augment my research, ending, as I had with my History Communication project, on the current state of research about the Children’s Village, which, while still mostly a taboo subject among many former inhabitants, several are working to spread their story.

1I have rendered the names of Japanese individuals using the surname first.